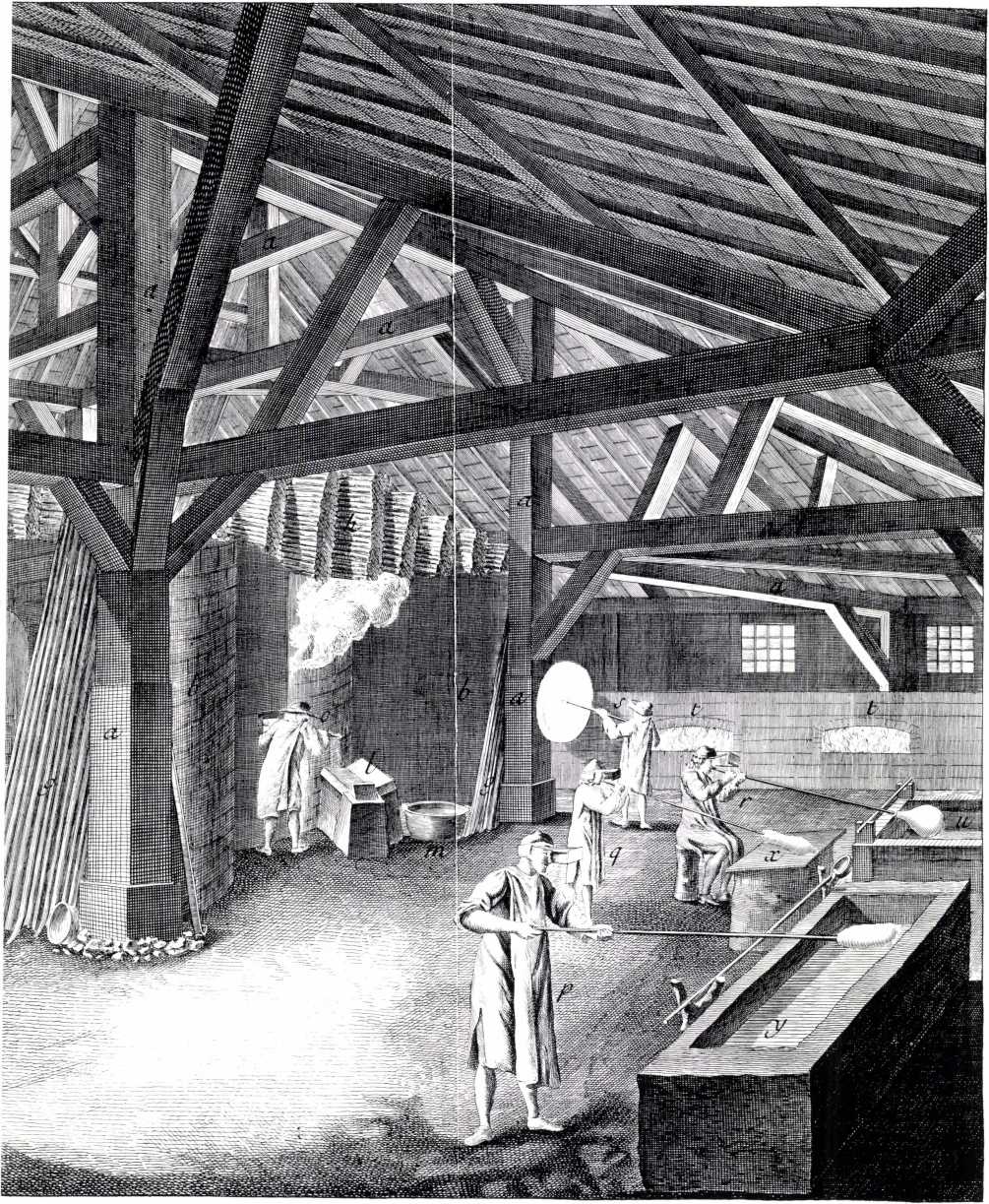 Glass is one of the most versatile and _ widely-used materials made by man. It is produced in countless forms and shapes. It can be transparent or opaque, rough or smoothly polished, colored or colorless, paper-thin or sev­eral feet thick. Glass historian Paul Hollister de­scribes it:

I hate to use the word unique—because everyone uses it for the most trivial things—but glass is a unique material. It isn’t a gas, it isn’t an earth, it isn’t a crystal. In physics it’s called the fourth state of matter—it’s a supercooled liquid. And how it can he manipulated is just pure magic! It’s used for every­thing—clothing, telephone wires, coffins—it’s a universal material.

Although the uses of glass have expanded immensely since its first crude production, the lure and magic of the material continue. Ancient Egyp­tian glass vessels, highly decorated with patterns and ornaments, reveal that from its beginnings, glass inspired and compelled the artisans who worked with it. Even today, with the many ad­vancements that have taken place in the field of glassmaking and the technical sophistication that has been achieved, the potential of glass as a decorative and artistic medium continues to hold a mystery and fascination for glassmakers and artists throughout the world.

Scholars disagree on the exact location and dates of first glass production, but it was probably before 3000 b.c.One of the earliest accounts comes from the Roman historian Pliny. Although his theory has been much disputed, Pliny stated that a group of mariners carrying a cargo of niter (niter or saltpeter is a mineral form of potassium nitrate) landed on the sandy shores of the River Belus in Syria. They built a fire to cook their meal, and finding no stones on which to set their pots, they used slabs of niter. The intense heat of the fire caused the niter to fuse with the beach sand and produced a transparent liquid stream of glass.

Some of the earliest surviving examples of glass are from eighteenth-dynasty Egypt, about 1500 b.c.Glass elements were crafted in intricate ways to decorate tiles and vessels of all kinds. The Egyptians also perfected a technique for making glass canes which showed a decorative motif in cross section. Such decorations w ere used in Egypt to ornament pottery and plaques. It is believed glass decoration of this sort was used continually in Egypt dow n to the end of the Ptolemaic dynasties, 3 ib.c:.

When Egypt was absorbed into the Roman Empire, glassmakers found a ready market for

their wares. Glass was manufactured all over the Roman Empire by the first centuries of the Chris­tian era. To this period belong the beautiful glass bowls covered with millefiori decoration that were fashionable in the Roman upper class. These bowls and vessels stand as a testimony to the technical and creative achievements of that era.

Following the decline of the Roman Empire in the fifth century, glassmaking virtually died out in Western Europe. However, the industry contin­ued to flourish in the Islamic world, with significant progress occurring in both glass coloring and design techniques.

A Venetian army captured Constantinople in 1204. In the ensuing years, many of the arts and crafts that had been preserved by the Byzantines

were imported into Venice, and glassmaking be­gan to flourish there. By the thirteenth century Venice was clearly the center of the glass industry, exporting fine crystal to all parts of Europe and

1.5 Bottom view of 1.4 with date and signature canes 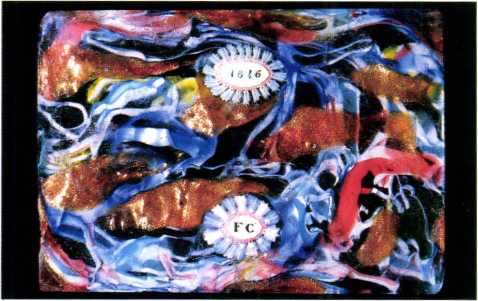 Western Asia. The secrets of the trade were so fiercely guarded that the growing number of glass- workers were forbidden by law to emigrate. In 1291 Venetian glassmakers were moved to the nearby island of Murano, where greater secrecy could be maintained and the dangers of uncon­trolled furnace fires could be isolated.