Something About Collecting Paperweights

Recently the L.H. Selman Gallery worked with the Art Institute of Chicago to reallocate part of the museum’s collection of paperweights back into private circulation, with all monies accruing from the hammer prices going directly to the AIC for further acquisitions.  That catalogue of the historic sale on Saturday, September 17th, 2016, is still available for your reference library at http://www.theglassgallery.com/

Included in the catalogue are four brief biographies of four of the most prominent families in Chicago’s history. Pauline and Potter Palmer II donated the use of their fabled mansion on Lake Shore Drive to the American Red Cross during the Second World War to be used as a training facility for teaching surgical dressings. And the Children’s Home & Aid Society offers the Pauline K. Palmer Award for exceptional commitment and service to families.  Ella Grace Burdick was always busy with charitable endeavors and she left 26 charitable bequests on her passing in 1960 at the age of 90.  And Lucy B. Kretchmer’s life was filled with public service, and her wake was held at Chicago’s St. Chrysostom’s on the Gold Coast.

But today we want to share a little story about the generosity of Mr. Arthur Rubloff, who left the Chicago Art Institute the most valuable and historic glass paperweight collection to ever enter a museum; http://www.artic.edu/exhibition/expanded-gallery-arthur-rubloff-collection-paperweights.

He also left a collection of bronzes to the same institution valued in the millions. And yes – he also left the AIC a bequest of millions of dollars…but sometimes those acts are difficult to relate to from the sheer magnitude of the events.  Here’s something still impressive in scale but also impressive in its off-hand immediacy…

On a cold, cold day in the 1980s, clothiers Joe Silverberg and his brother Gene were set to open their flagship store, Bigsby & Kruthers at 1750 North Clark in Chicago. They had success at their other smaller locations and were respected throughout the industry and stood out as pioneering a fashion-forward sense with a European edge. Also They had leased the space from the Arthur Rubloff Co. and the Hilton organization, and they were leveraged to the hilt to reach that point.

They were almost ready, with fixtures and inventory slated for prompt arrival, to fill the huge, three-story venue. And they were dead in the water.

Shortly before the opening date, with all their sources of revenues tapped out, the unthinkable happened. One of Chicago’s colder winters saw fit to burst the pipes and plumbing, resulting in serious flood damage to every floor. Joe remembers being completely despondent. There was no relief in sight.

While Joe and his brother are slumped in his office, Arthur Rubloff unexpectedly walks in – dressed as always, “to the nines.” Joe remembers him dressed in grey, impeccably tailored, including his derby – of course everything matching. “He was beautiful to see,” says Joe. Rubloff, Joe said, was so sartorially fanatical, he would send his favorite clothes to Manhattan for proper dry cleaning.

“Why the long faces?” Rubloff asked.  Joe told him.

“What will it take to see you through this?” Arthur continued.

Rubloff immediately walked over and picked up the phone and called the Lake Shore Bank on Michigan Avenue, where he was a member of the board. Joe heard him say, “Let me talk to…” Then Rubloff spoke again when the man came on the line. “I want a check made out to Joe Silverberg for $100,000.00, and I want it here inside of an hour.”

It was done.  Bigsby’s opened on schedule and—unbelievably in big business—the loan was repaid without a dollar in interest.

Books Provide a Wealth of Information !

One of the interesting aspects of the art world is when top tier artists cross over to other related fields.  The renowned photographer Henri Cartier-Bresson considered himself a draughtsman.  Picasso wrote a wartime play in which feminist writer Simone de Beauvoir debuted one of the roles . Edward Ruscha the hyper successful artist launched his acting career in filmmaker Alan Rudolph’s cult hit “Choose Me.”

But it may be a bit surprising to some to find that our own very specifically defined art field of fine glass paperweights has a connection to a world-class artist from the world of modern photography.  The talented and beautiful Dora Maar was also a painter and one of the great loves and muses of the aforementioned Picasso,  (a portrait of her by the master sold in 2006 for almost one hundred million dollars) But her personal claim to artistic fame is as a photographer, whose vintage works are now treasured and highly sought after.  She was an important contributor to the Surrealist movement and her visionary photographs have sold for as much as $216,000 in the marketplace.

It seems unusual to find that a celebrated symbol of all that is avant-garde was also a gifted sculptor, contributing two of the well-known, classically rendered examples of the art of sulphide portraiture to that re-emerging field.  Her sulphides, of English Prime Minister Winston Churchill and General Robert E. Lee, the leader of the Confederate Army, were created in 1954 for Baccarat. The very accomplished likenesses reveal a sense of strength, nobility and determination in the two major historic figures. 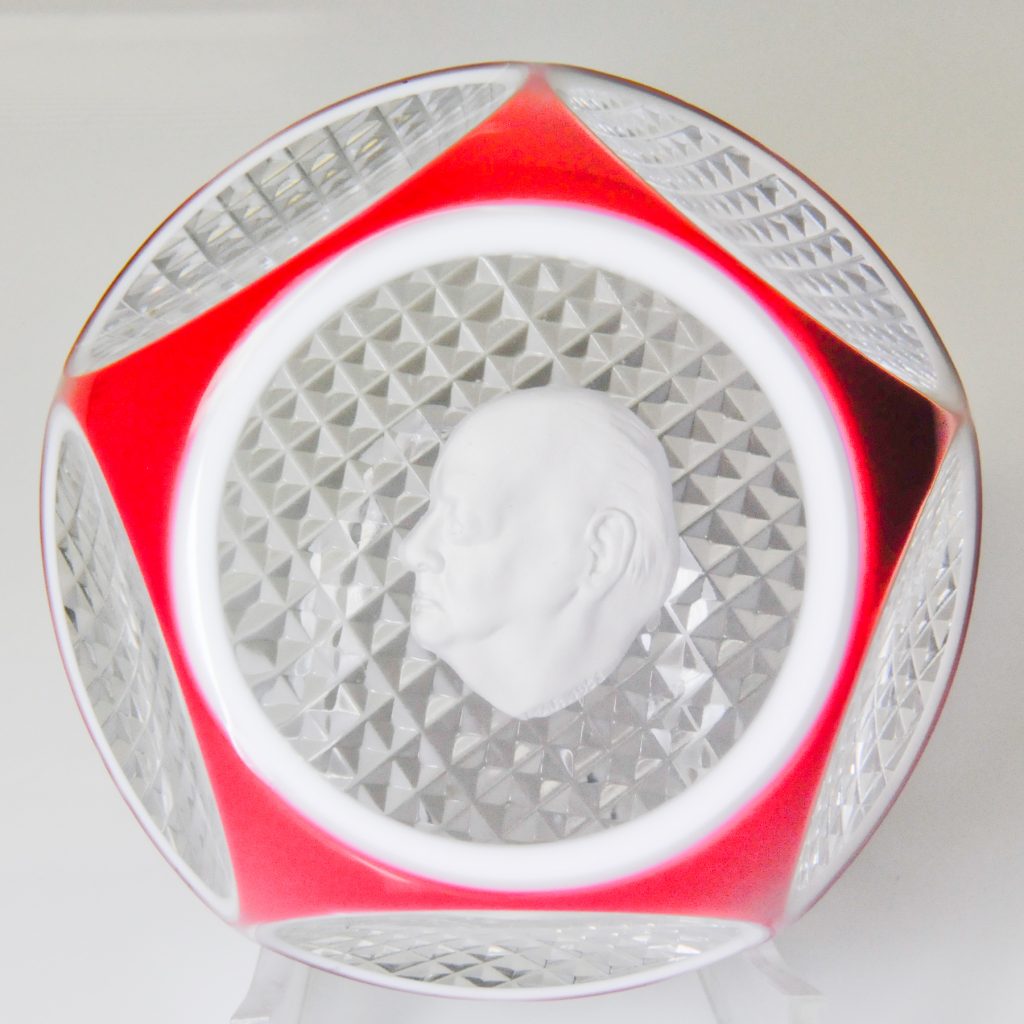 The first mention we came across of Dora Maar was in Sulphides, the 1968 book by Paul Jokelson, the man credited with having personally convinced the great French glass houses to revive and revitalize the 19th century paperweight phenomenon.

(Later Jokelson would aid Arthur Rubloff in assembling his world-class paperweight collection which resides in our own Art Institute of Chicago.) On page 125, Jokelson writes of an array of works, “These cameos were sculptured by three great French artiists: Gilbert Poillerat, Dora Maar, and Albert David.”

Lawrence Selman himself mentions Dora Maar in his handsomely produced book, The Art of the Paperweight, published by the Paperweight Press in 1988, with but a single sentence, “Dora Maar(sometimes spelled Mar), a protégée of Picasso, also designed two sulphides for Baccarat.” 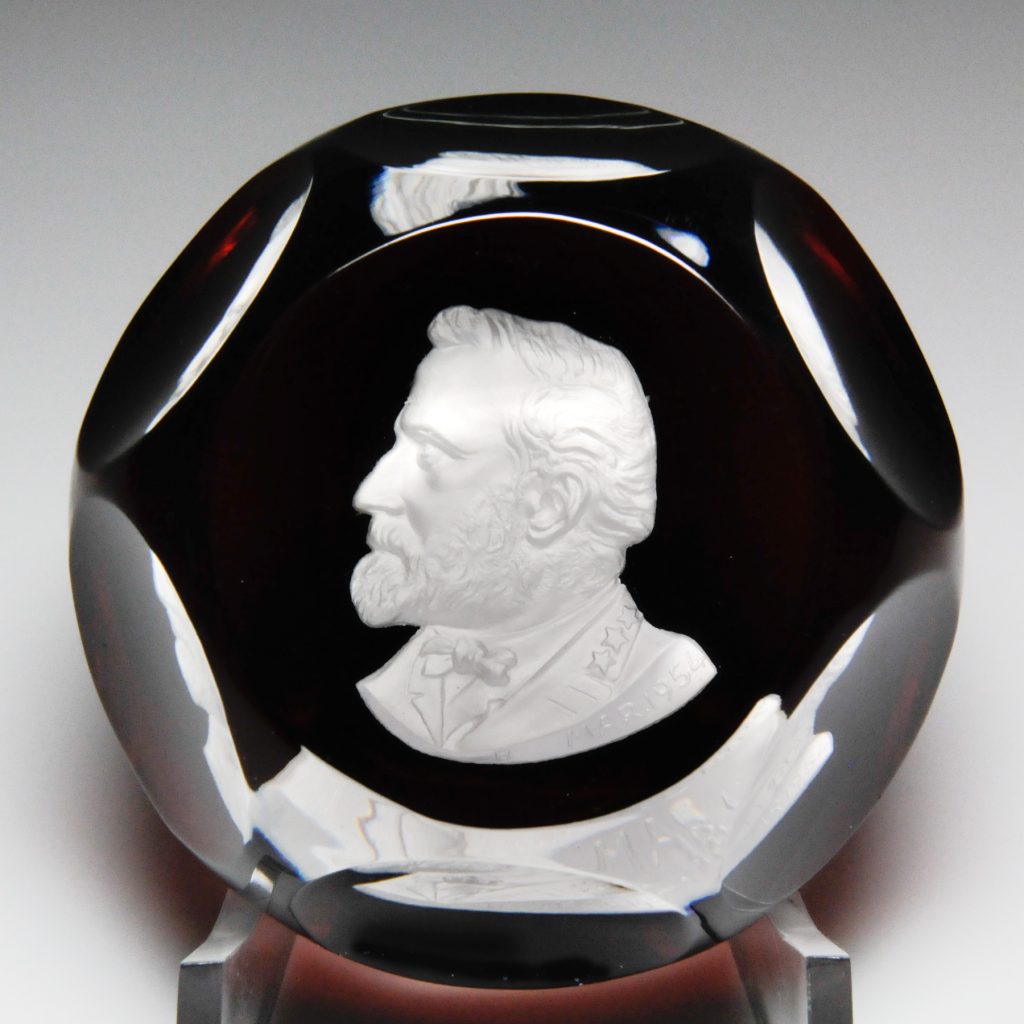 Paul Dunlop, a longtime specialist and authority on paperweights comes to the rescue of the mystery as to exactly which two pieces Maar created, on pages 146 and 147 of his invaluable volume, Baccarat Paperweights: two centuries of beauty, published in 2013.  He also provides the year both were made – 1954.  Maar chose to sign these weights with the alternate spelling of “Mar” for reasons unknown. 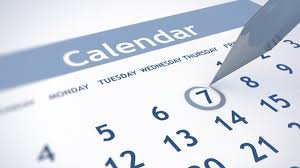 January 28, 2017 – May 20, 2017: Currently running at the Pearl Fincher Museum is a wonderful exhibit of glass paperweights from a prominent collection in Houston. The exhibit features antique and modern examples of the highest caliber as well as photographs on loan from the Selman gallery. This is not to be missed if you are in the area. For more information click http://www.pearlmfa.org/current-exhibitions.html

March 18th, 10:30 – 3pm: The Midwest Paperweight Collectors Spring Meeting is not to be missed. Hosted at a prominent collectors home in Wisconsin is a rare collection of glass paperweight artist John Parsley’s work. Also in attendance will be artist Cathy Richardson who’s work deserves an up close look. For more information click over to their website: http://www.midwestpaperweightcollectors.com/events/march-18-2017-mpc-spring-meeting-at-the-home-of-collector/

April 8th : Ben Clark from LH Selman is bringing Andrew Najarian as the guest artist to the Delaware Valley PCA meeting.  DVPCA is terrific organization run by passionate paperweight people, if you are in the area we highly recommend attending this meeting and joining the group while you’re there. Andrew Najarian is an accomplished glass worker with experience from all facets (pun intended) of the glass community. As a teacher as well, he gives great presentations… so do not cut this meeting from your calendar! http://dvpaperweights.org/wp/

April 22nd : Accomplished millefiori paperweight maker and all around glass master Mike Hunter will be in Chicago with is wife Sue before heading to the PCA convention. A reception will be hosted at the Selman gallery for Mike so please join us for an intimate chance to get to know Mike and his work up close. More details about this event will be released in the coming weeks. To see Mike’s work click HERE.

April 26-29 : The PCA convention is in Norfolk Virginia this year. The details for the event are best listed out on their website found HERE, but take it from us.. do not miss this event. Every artist and collector who is looking to learn and see first hand new works offered through the dealer booths, will want to be there early and often. The location presents a wonderful opportunity to see a part of this great country while enjoying a schedule of events that top any glass paperweight enthusiasts wish list.

May 6th : After Mike Hunter wows the crowds in Chicago and at the convention in Norfolk, he will continue on to the New England Paperweight Collectors Association meeting. Details can be found on their website HERE. If you are unable to see Mike at either of the mentioned events we stress not to miss this last opportunity to see him in person this year. We are grateful that Mike and his wife Sue have joined us state-side this year, don’t take this for granted and make your way to the NEPCA to see him!

September 23rd : Last on this list, but without a doubt not least… join us in Chicago for this rare opportunity to see Alison Ruzsa perform a hands on demo at Talisman Studio. Talisman has been an amazing ally to the Selman gallery, now offering their studio for the 3rd time since we arrived in Chicago. Their terrific facilities have allowed our artists to showcase their awesome skills, and this is another opportunity for just that! Alison’s techniques are original and awe inspiring. The scene’s she sets deserve a close look, and what better way than to see her at work in person. The Selman gallery will host a reception for Alison that weekend as well, so if you love Alison please contact the Midwest PCA and the Selman gallery to reserve your spot. http://www.midwestpaperweightcollectors.com/

Melissa Ayotte takes to the torch in this episode of Fear No Art Chicago.

We are forever grateful for Melissa Ayotte and her pursuits in the paperweight arena. Melissa was asked to be a part of a great show that ran in Chicago for several years on WTTW. This clip features Melissa in action and is worth a watch!

List of Unsold Lots Availble at their Reserve Price

List of Unsold Lots Availble at their Reserve Price

For a limited time unsold lots from the Winter 2017 Auction are availble at their reserve price. This is a buy-it-now event, lots can be instantly purchased. The above link is to a LIST of the reserve prices posted to dropbox. We recommend using the list alongside the digital copy of the catalog posted for easy reference. You can also go directly to the auction website and click the tab RESERVE PRICES to take any action or peruse what is availble directly on the auction website. END_OF_DOCUMENT_TOKEN_TO_BE_REPLACED