The Origins of Glass Paperweights 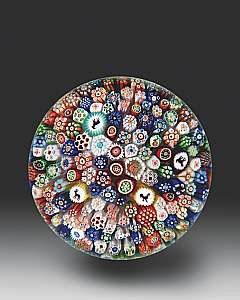 Glass paperweights seem to have put in their first appearance in Venice, then and now a famous glass mecca, around 1845. A glass worker named Pietro Bigaglia (pronounced Bee-ga-lee-a) was perhaps first to have invented the genre, and his pieces were received with much awe and admiration, inspiring interest and the subsequent and inevitable urge to copy. Without question, those succeeding best at this endeavor were the French. They seized upon the concept of a glass paperweight and refined the process from a rather serendipitous juxtaposition of canes, to a thoughtful study of design and elegance. By the middle of the 19th century, paper, a once elusive luxury, had become easily accessible to members of the beau monde, even if only to a lesser degree among the general populace. People were writing letters and small missives to one another and their desks became more and more integral to the household. A paperweight, therefore, became not only a useful accessory, saving the odd stack of correspondence from a drafty window, but also an opportunity for artistic articulation and social profiling. A beautiful objet d’art did much to enhance the status and comfort of the well-to-do, and a paperweight was ideally suited to the task. From the time of their first production in France and for several decades thereafter, a well-appointed French household was almost sure to boast the occasional paperweight, and these came almost certainly from some of the world’s most famous glass houses at the time; Saint Louis, Baccarat and Clichy. But just as the French had copied from the Italians, in time the Bohemians and still others were copying from the French. While this new production was never able to rival the elegance of the French, it was able to compete financially to a degree so significant that it caused the French glass houses to turn elsewhere for artistic amusement. The beautiful paperweights of mid-19th century France faded from fashion and were no longer produced.

Arthur Rubloff, the developer of the Miracle Mile in Chicago, was introduced to paperweights in the early 1950s and proceeded to build the world’s greatest collection. In 1978, he donated 1,472 weights from his collection to the Art Institute of Chicago, where they remain today. – See more at: antiquetrader.com
Photo and Link Credit: Art Elder

Paul Stankard in the News 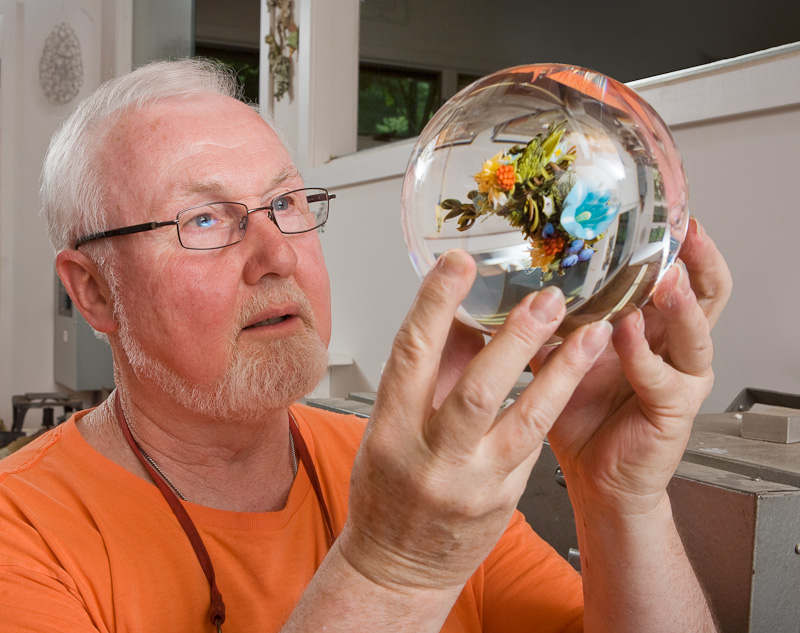 Paul Stankard
Most commonly referred to as the father of modern glass paperweights, Paul Joseph Stankard is a visionary and innovator in the delicate field of glass manipulation. Born in April of 1943, Stankard was the second of nine children …more

“APRIL 26, 2015, 9:29 AM | The common paperweight rarely gets much attention in today’s digital world, but Paul Stankard’s dazzling creations are true works of art – an entire universe encased in glass; Martha Teichner visits the artist at his New Jersey studio” …more