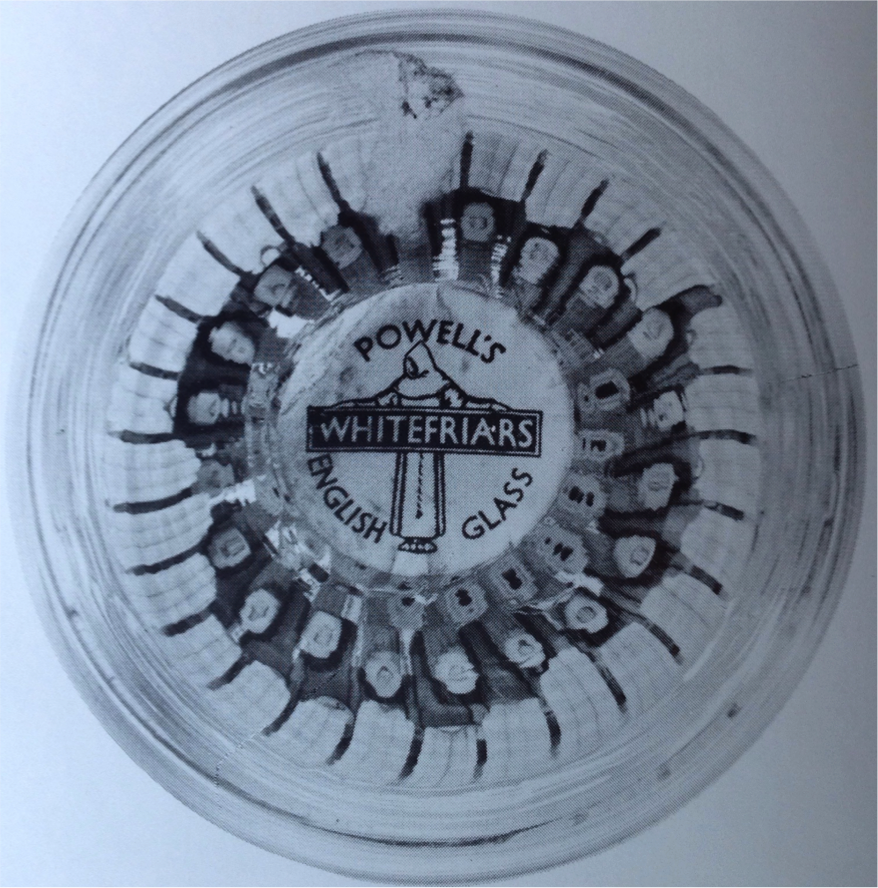 In 1680, a glassworks was built on the grounds of a defunct monastery, of an order by the name of the White Friars, in London, England. In 1834, James Powell (1774-1840) purchased this glassworks and did business under the name of James Powell & Sons. They are recorded as having won a prize for their colored glass and fine crystal at the Crystal Palace Exhibition in London in 1851. H.J. Powell was the director of the company until his death in 1922, during which time it operated as James Powell & Sons (Whitefriars) Ltd. After his death the factory moved to Wealdstone, Middlesex. In 1962, it became known as Whitefriars Glass Ltd. after the death of the last of five generations of Powells. It held this name until the factory closed in September 1980, at that time the oldest glasshouse in the world. Caithness Glass purchased the rights to use the Whitefriars name and has produced some traditional weights, marked under that name.