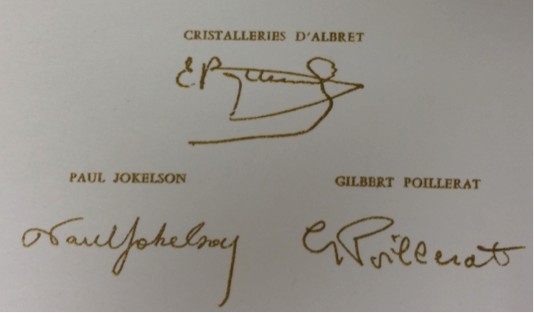 In a small town of Vianne, France, a glassworks was reorganized and re-established in 1918 at the end of World War I. This glassworks, Cristalleries et Verreries de Vianne was started by a Mr. Roger Witkind. In 1967, this company which specialized in making lighting fixtures was approached by Paul Jokelson with the idea of producing sulphide paperweights. They gladly accepted the challenge, making weights for a couple of decades under the name Cristal D’Albret. Sulphides were made in regular editions with colored grounds, and single and double overlays. A Signature CR D’Albret—France with acid etched letters arranged in a circle appears on the base of each weight.